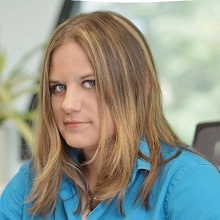 Georgia Weidman,  founder and CTO @shevirahsec
Georgia s the Founder and CTO of Shevirah Inc. She is a penetration tester, security researcher, speaker, trainer, and author. Ms. Weidman holds a MS in computer science as well as CISSP, CEH, and OSCP certifications. Her work in mobile exploitation has been featured internationally in print and on television. The conferences she has presented at include NSA, West Point, and Black Hat. Her DARPA Cyber Fast Track grant resulted in the release of the Smartphone Pentest Framework (SPF). She founded Shevirah Inc. to commercialize SPF for enterprise customers. Ms. Weidman is the author of Penetration Testing: A Hands-On Introduction to Hacking from No Starch Press. She was the recipient of the 2015 Women’s Society of CyberJutsu Pentest Ninja award. @georgiaweidman

BSidesNoVA will be hosting a panel on Cybersecurity Start-ups and MACH37 Graduates. The discussion will be moderated by Rick Gordon of MACH37 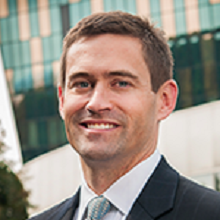 Rick Gordon, Managing Partner at MACH37 @MACH37cyber
Prior to his appointment at MACH37™, Rick served as Vice President of product management at KEYW Corporation in Hanover, Maryland. There he led product management strategy for the startup division of a systems integrator that targeted growth in the commercial cybersecurity products market. He has also held numerous high-ranking positions in the cybersecurity field, including COO of Baltimore’s Looking Glass Cyber Solutions. and Managing Director of the Civitas Group in Washington, D.C. @richardgordon5 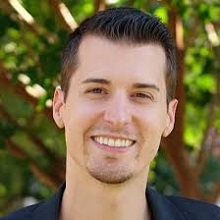 Kyle Hanslovan, CEO at Huntress Labs @HuntressLabs
Kyle Hanslovan comes to Huntress Labs from the U.S. Intelligence Community where he supported defensive and offensive cyber operations for the past decade. He previously co-founded the defense consulting firm StrategicIO and actively participates in the ethical hacking community as a Black Hat conference trainer, STEM mentor, and Def Con CTF champion. Additionally, he serves in the Maryland Air National Guard as a Cyber Warfare Operator. With his strong background in technical leadership, software development, and malware analysis, Mr. Hanslovan devotes his time to significantly raising the bar for malicious actors to successfully conduct cyber attacks. @KyleHanslovan 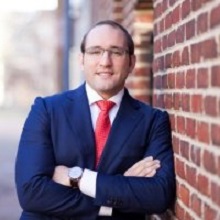 Robert S. Johnston, Co-Founder & CEO of Adlumin @adlumin
Robert is the Co-Founder and CEO of Adlumin. Previously Mr. Johnston worked in the private sector as a principal consultant at CrowdStrike, Inc as an incident response expert conducting engagements against nation state, criminal, and hacktivist organizations across a variety of industry sectors. Before joining the private sector, Mr. Johnston served as a Captain in the United States Marine Corps. As a Marine Officer he was the Team Lead of 81 National Cyber Protection Team, Cyber National Mission Force and the Director of the Marine Corps Red Team. He is an accomplished leader and technical expert within the cyber security community. Mr. Johnston is a 2008 graduate of the United States Naval Academy with a degree in Information Technology. He has published multiple projects and articles in industry relevant magazines and peer reviewed journals. An avid speaker within the cyber security community, ISC2 awarded him runner up for the best up-and- coming cyber security professional in North, Central, and South America and the winner of the 2015 Community Awareness Government Information Security Leadership Award. @dvgsecurity 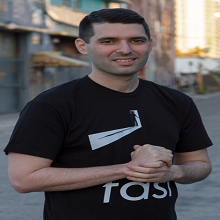 Sam Small, Founder of Fast Orientation @FastOrientation
After earning his Ph.D. in Computer Science from The Johns Hopkins University, Sam led an academic security research lab and launched 2 security start-ups. He serves as an advisor to multiple security start-ups and has provided expert technology and security assessments of dozens of organizations and vendor products, including more than a dozen mergers and acquisitions with a total market value of more than $300 million. Sam has also provided expertise, support, and testimony in several high-profile security, software, and network related legal cases. His work and research has been covered in many publications including Wired, The New York Times, The Washington Post, New Scientist, CNET, ZDNet, and slashdot. 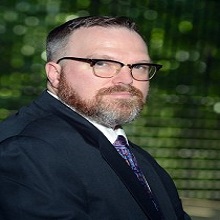 Mike Shinn, Founder of Atomicorp @atomicorp
Michael is an accomplished executive and both a pioneer and an expert in the area of cyber security. His expertise includes regulation and technology, with sub-specialties in risk management, regulatory affairs, security services, and technology development. Michael commenced his technical contributions at an early age in several notable endeavors. Among his past accomplishments are: 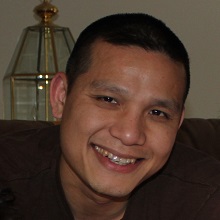 Truong D. Dang, CEO and Founder of Phia @PhiaLLC
Truong Dang is the CEO/Founder of Phia LLC, a Fairfax based SBA 8(a) certified company focused on cybersecurity operations and support. He has over 18 years of engineering and IT work experience supporting the Department of Defense (DoD), Federal Bureau of Investigation, and Department of Homeland Security (DHS). Early in his career, Mr. Dang was involved in compartmented research and development projects related to a variety of access control systems. Additionally, he has supported the DoD with its incident response, information assurance/security, cyber defense, and cyber intelligence analysis efforts either as a technical subject matter expert or in a lead role.  Currently, he is supporting cyber threat analysis and information sharing support to DHS’s National Cybersecurity Communications & Integration Center (NCCIC).

Altus is proud to sponsor BSidesNoVA Happy Hour for their inaugural 2017 conference.